Preparing Pennsylvania for Our Future! 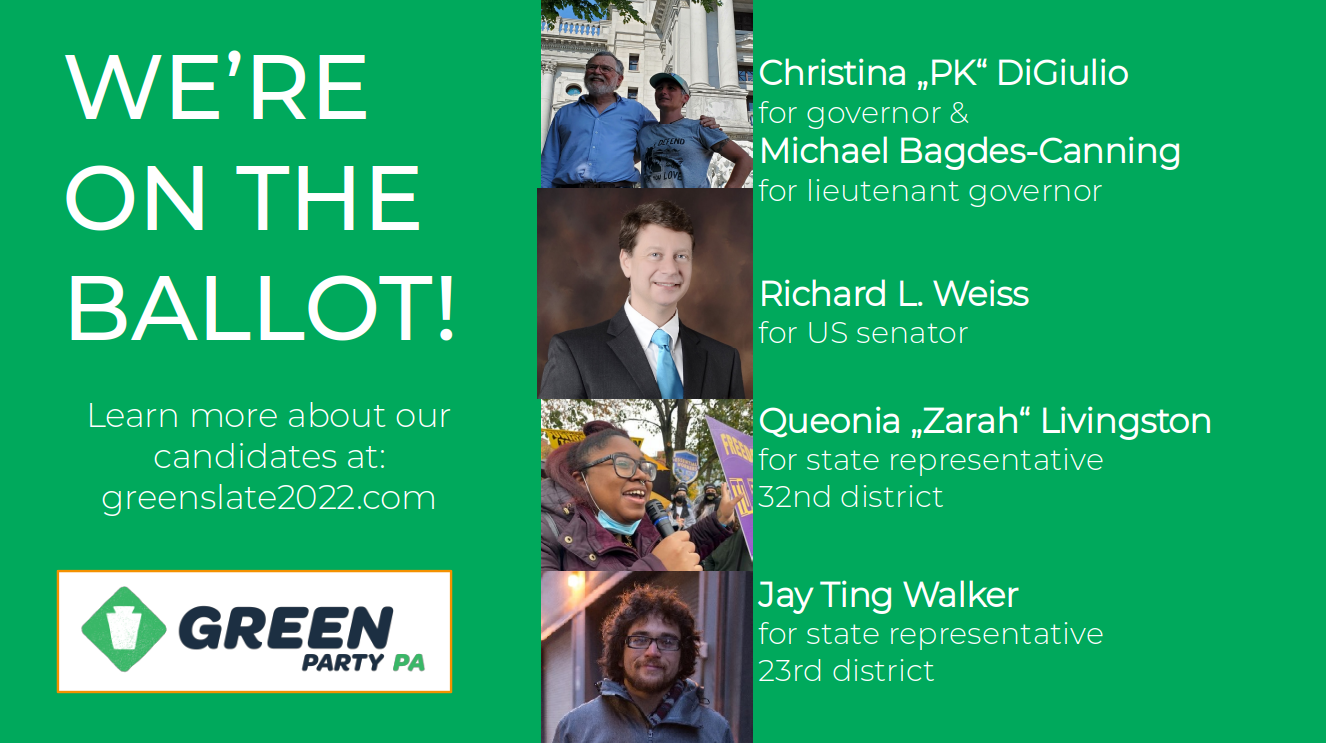 The Green Party presents an alternative to the two-party system that governs based on the the will of a few while ignoring the needs of the many.  We will advance the restructuring of our social, political and economic institutions away from a system which is controlled by and mostly benefits a powerful few.  We will create a government that is democratic and represents the many people of the Commonwealth. 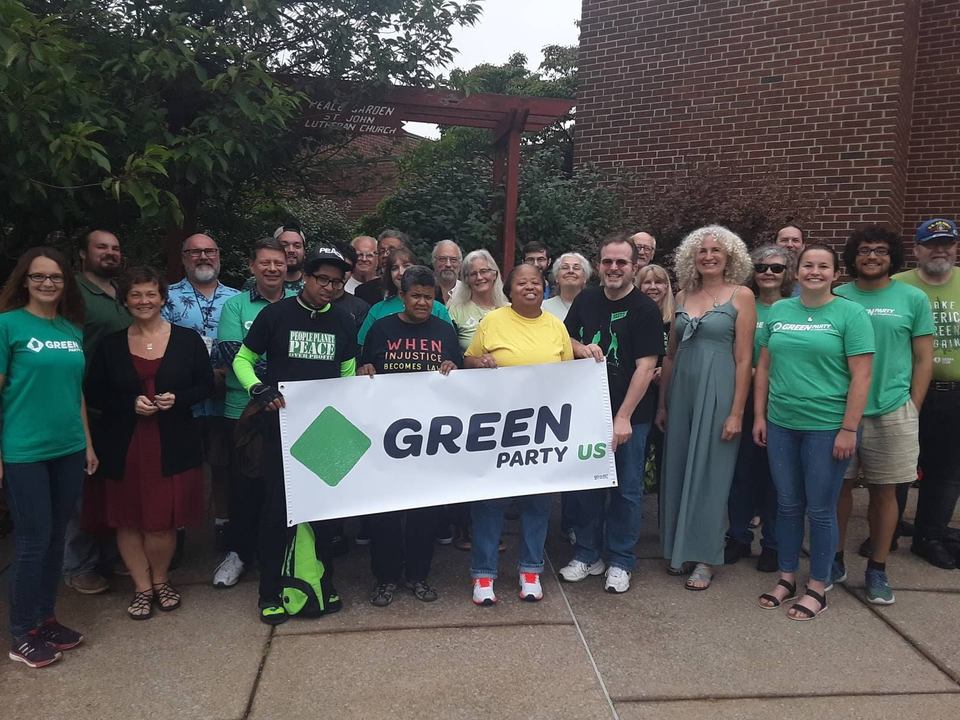 Prepare the State for a Green New Deal

- A Just Transition For Workers and Families, including Medicare for All as part of an Economic Bill of Rights

- Cannabis Legalization, Decriminalization, Medical Use, and Pardoning Past Cannabis Convictions

Our candidates bring with them the years of work done by citizen activists and organizers who advocate for Ecological Wisdom, Social Justice, Grassroots Democracy, and Peace as leading values of just societies. Together they will work to widen the conversation about how to bring Pennsylvania forward into a sustainable and equitable future.